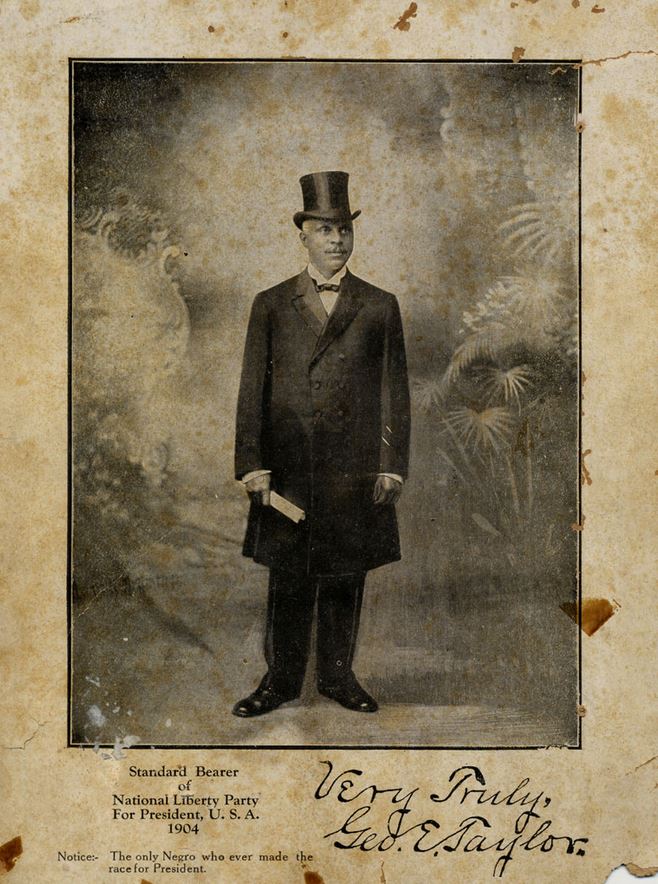 The first Black man to be nominated for US President in the United States is George Edwin Taylor in 1904. He was the candidate of the National Negro Liberty Party.

George Edwin Taylor was born in Little Rock, Arkansas on August 4, 1857. His parents were Amanda Hines, a free Black woman, and Nathan Taylor, who was enslaved. Unfortunately, Taylor’s run was unsuccessful. Taylor’s campaign did not receive support he needed as a Presidential candidate, and no newspaper supported the party so Taylor’s candidacy was not advertised. Taylor’s health declined and he moved to Ottumwa, Iowa after his presidential election. Taylor was involved in politics and activism more most of his life.

Below are past Black led political parties (Source: Wikipedia).

Inclusion matters. For more information about diversity and inclusion in Hollywood movies, TV and streaming content, and how to write and live inclusively, check out my book, “How To Write Inclusively: An Analysis & How To Guide.” As The Inclusive Screenwriter, I consider my works as a contribution to my craft.